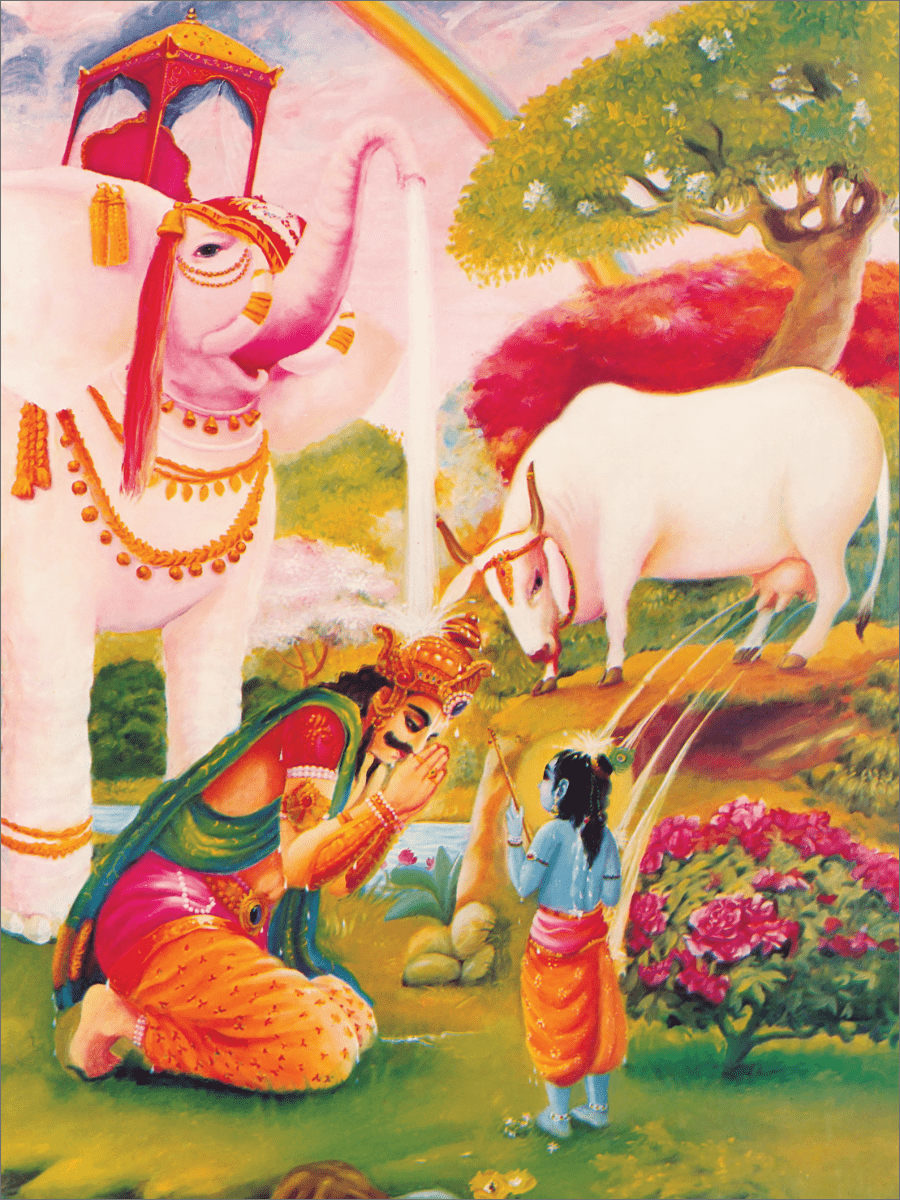 "King Indra from the heavenly planet appeared before Krsna from a secluded place ."

Prayers by Indra, the King of Heaven

When Indra understood that the sacrifice offered by the cowherd men in Vrndavana was stopped by Krsna, he became angry, and he vented his anger upon the inhabitants of Vrndavana, who were headed by Nanda Maharaja, although Indra knew perfectly well that Krsna was personally protecting them.... continue reading