81. Lord Krsna and Balarama Meet the Inhabitants of Vrndavana

27 / Lord Kṛṣṇa and Balarāma Meet the Inhabitants of Vṛndāvana
Once upon a time while Lord Kṛṣṇa and Balarāma were living peacefully in Their great city of Dvārakā, there was the rare occasion of a full solar eclipse, such as takes place at the end of every kalpa, or day of Brahmā. At the end of every kalpa the sun is covered by a great cloud, and incessant rain covers the lower planetary systems up to Svargaloka. By astronomical calculation, people were informed about this great eclipse prior to its taking place, and therefore everyone, both men and women, decided to assemble at the holy place in Kurukṣetra known as Samanta-pa�caka. 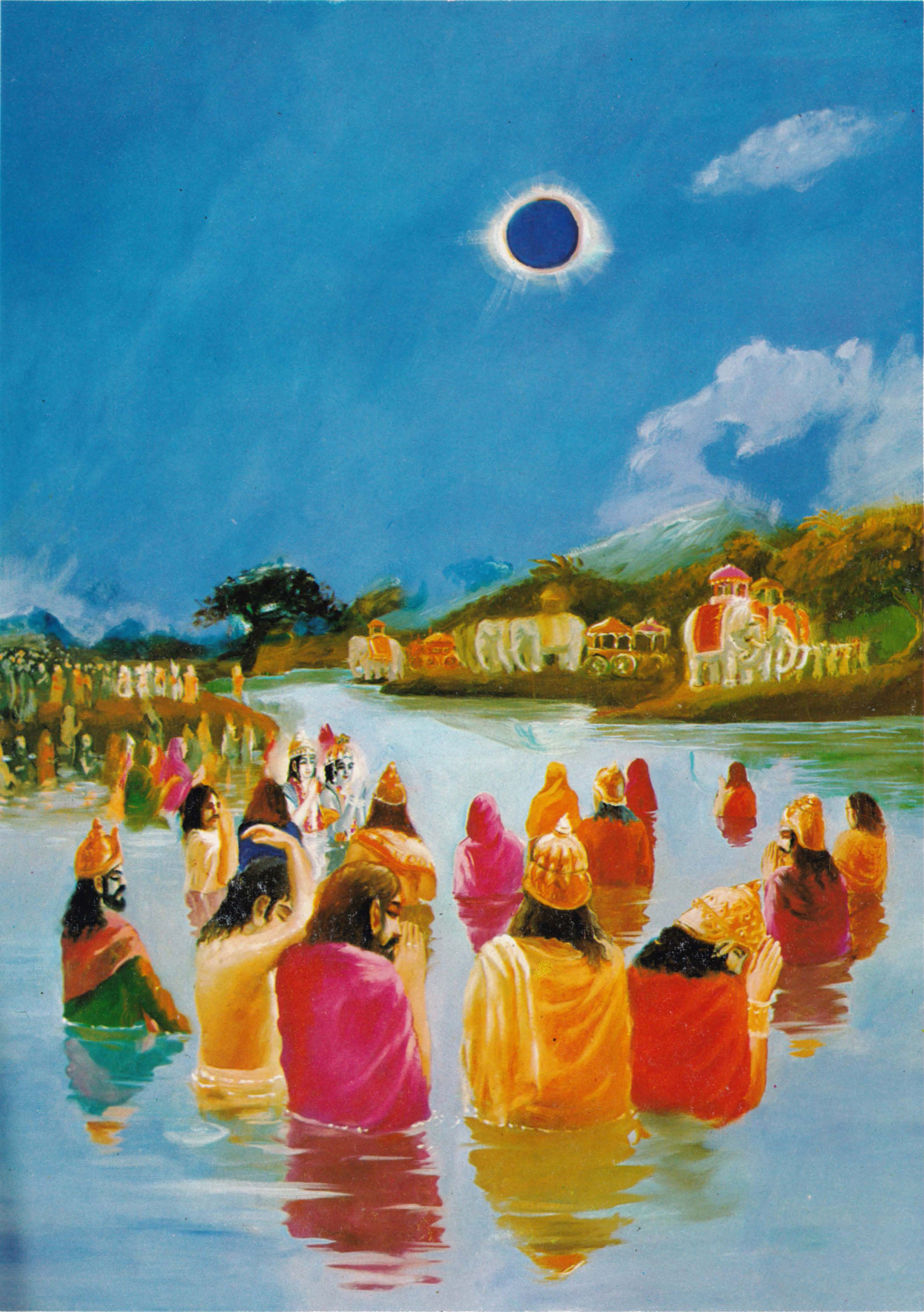 All the members of the Yadu dynasty again took their baths in the lakes created by Lord Parasurama.