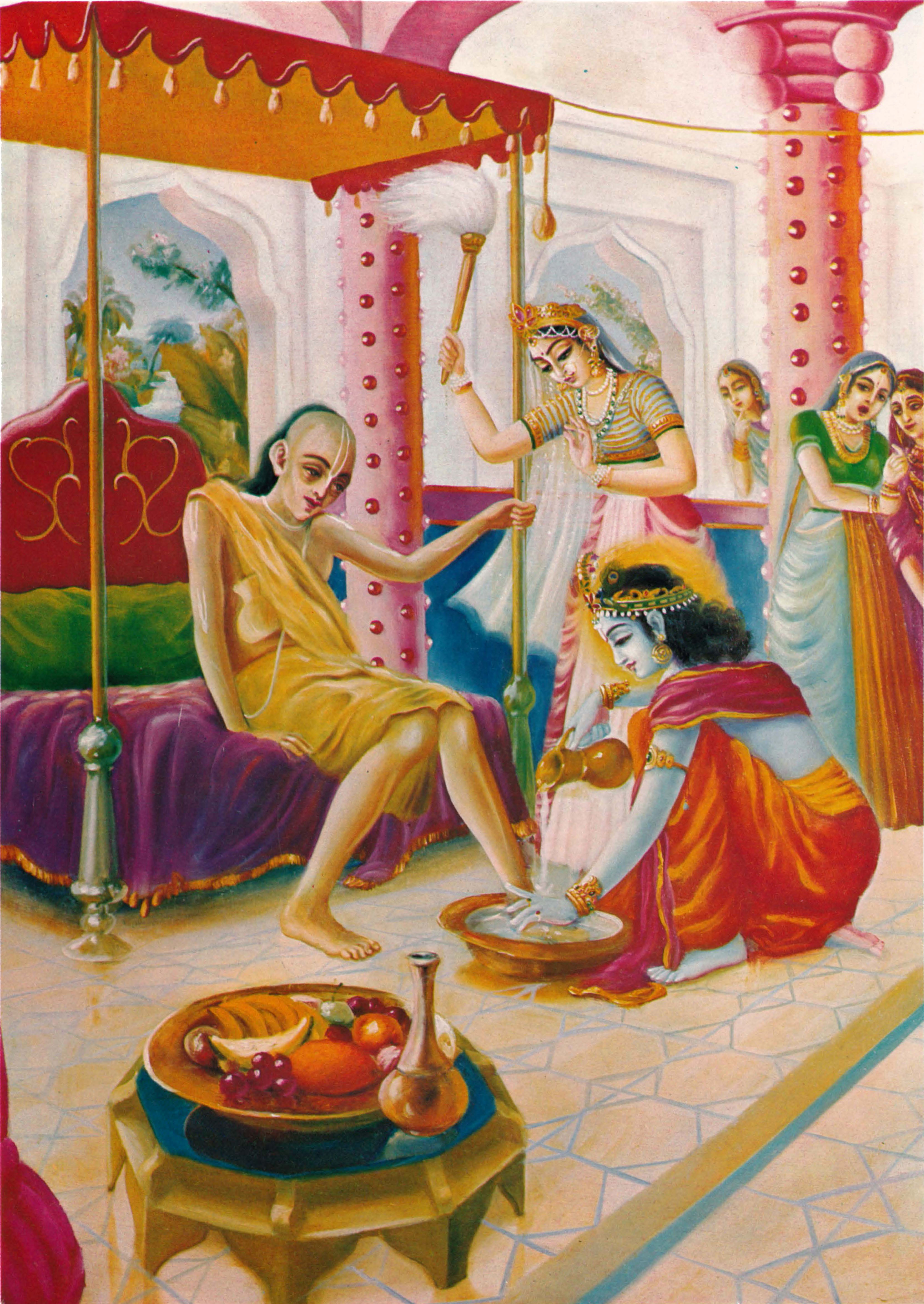 The women in the palace were surprised to see that the poor brahmana was seated on the bedstead of Lord Krsna.