73. The Deliverance of Sisupala 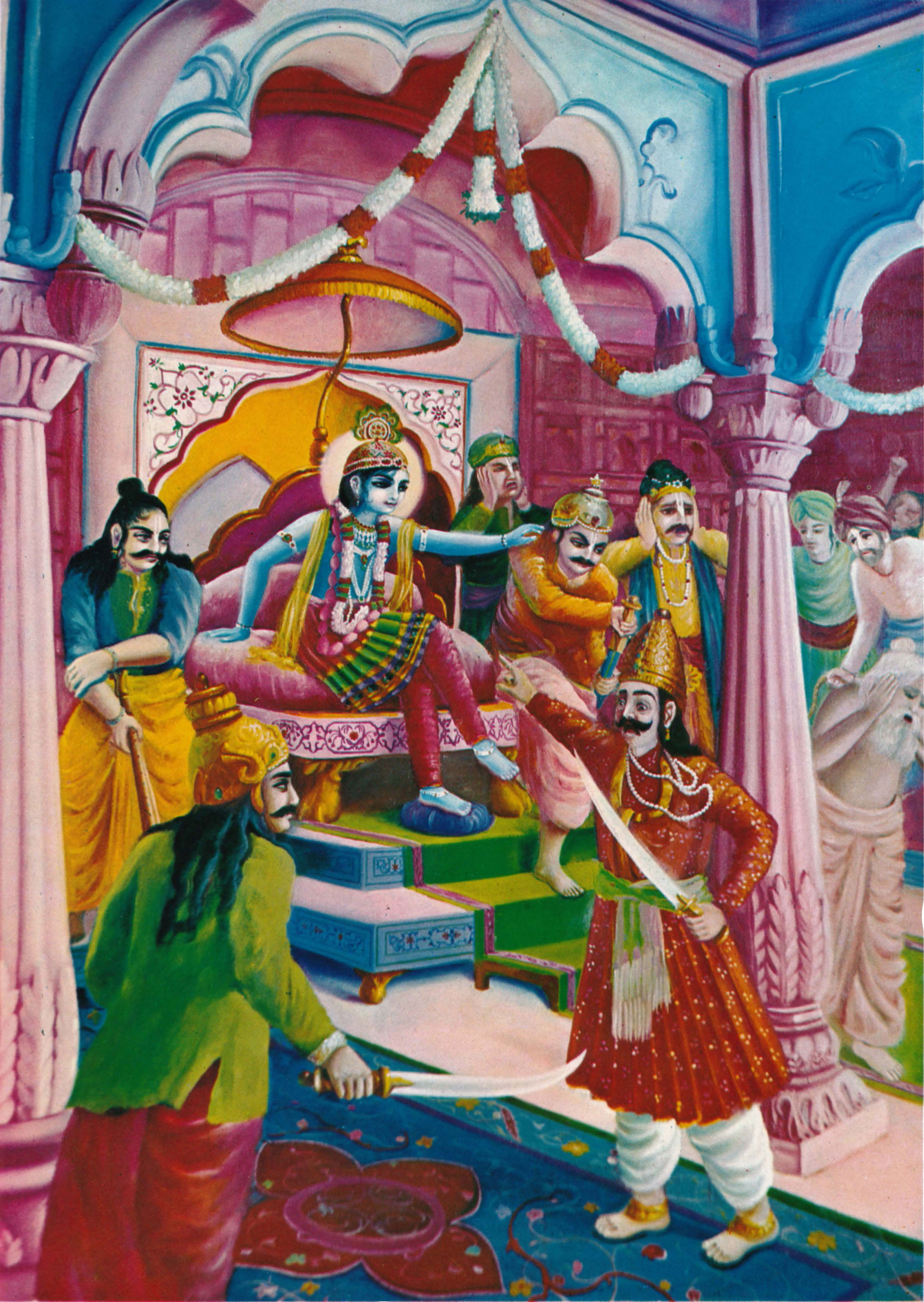 Sisupala continued to insult Krsna, and Krsna patiently heard him without protest.